Approximately 90% of all hip replacements are undertaken for osteoarthritis. There are many reasons why a joint develops arthritis but the changes are remarkably consistent. The smooth articular cartilage that covers the rubbing surface of the bone wears away. The underlying bone stiffens with small areas of cystic degeneration and new bone forms around the joint margins. Joint movement becomes restricted and painful. The irreversible changes are relatively superficial so for many years surgeons have reasoned that a replacement only really needs to replace the worn cartilage and a few millimetres of the underlying bone. 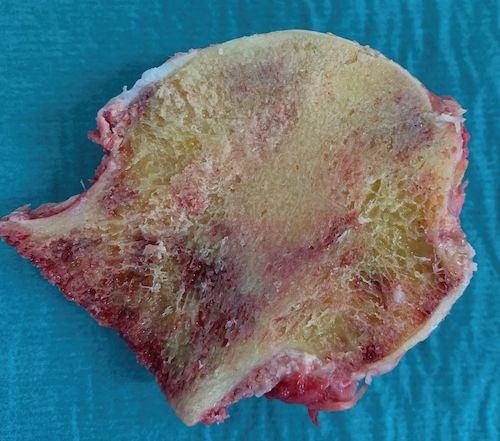 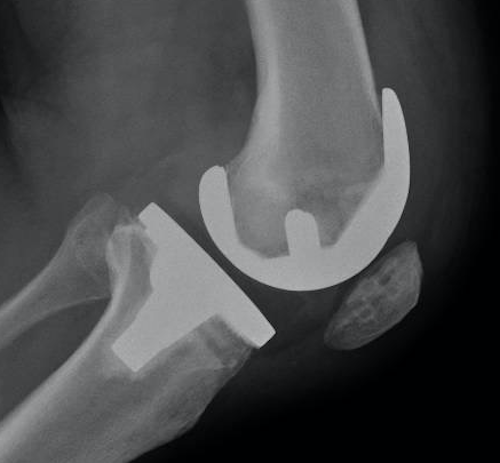 A number of Hip resurfacing designs were developed and tested in the 1970’s. The results were disappointing because the materials were not sufficiently durable. 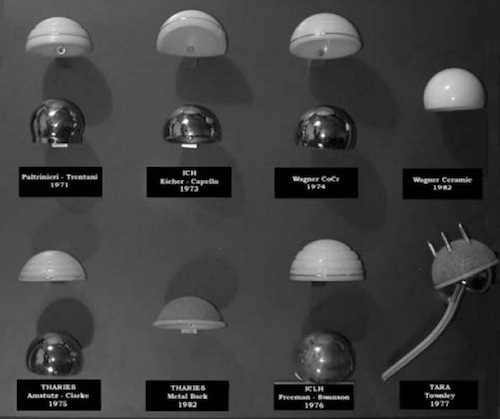 These were made of cast cobalt chrome and were known as metal-on-metal resurfacings.

The results of these designs were much better. Most Orthopaedic manuafcturers developed similar products and by 2008 about a tenth of all hip replacements were of the resurfacing variety. 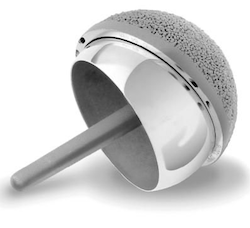 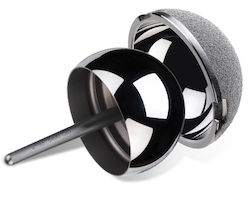 Unfortunately, two problems continue to beset Hip Resurfacing. Firstly, the shell that is fitted to the femoral head and the shell that is fitted to the acetabular socket in the pelvis are both made of cast cobalt chrome. This means that two metal surfaces are rubbing against each other. Over the years, billions of metal particles are abraded and shed into the joint. The number of particles that are generated depends on the diameter of the bearing surfaces, the geometry of the surfaces, the positioning of the implants and the amount of activity that the person undertakes. Some people are particularly sensitive to the metal particles and suffer an adverse reaction to the metal debris. In extreme cases, the bone adjacent to the implants dies and the muscles and tendons that surround the joint are destroyed, with devastating consequences. These problems affect women considerably more often than men. In consequence, very few Orthopaedic surgeons continue to undertake hip resurfacing and most of the surgeons who continue to undertake these operations only do so for men under sixty who are determined to undertake vigorous sporting activity and are willing to accept the risk of an adverse reaction to the metal debris.

The second challenge for surgeons undertaking hip resurfacing is that the femoral head is only trimmed rather than being removed. In consequence, a more extensile dissection is required to get the retained femoral head out of the way so that the surgeon can access and implant a new hip socket. In an era where minimally invasive techniques are gaining popularity, surgeons are learning to undertake hip replacements with less collateral damage to the surrounding soft tissue envelope and patients are enjoying a faster post-operative recovery. This makes the more invasive resurfacing procedure more of a challenge for the patients and it takes longer for the soft tissues to settle after surgery. 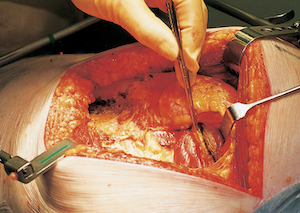 There are a number of ongoing initiatives to resolve the problems of metal-on-metal bearings. A number of companies are now undertaking trials of resurfacing hips that are made of ceramics rather than metal. Another strategy that is being tried is to is to use a highly cross-linked polyethylene for the bearing surface in the socket. While polyethylene sockets were tried in 1970’s resurfacing implants, modern polyethylene is far more durable and may avoid the rapid wear that beset the earlier designs. 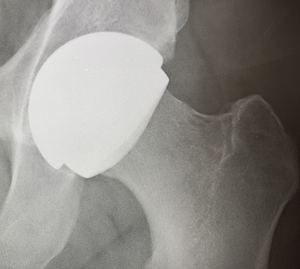 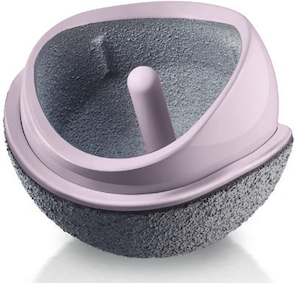 Despite the continuing challenges, hip Resurfacing remains an alternative for patients who are male, under sixty and wish to undertake vigorous sporting activities. The London Hip Practice surgeons are happy to discuss this option with patients who understand the additional risks associated with Hip Resurfacing and Prof Field continues to undertake this operation for appropriate patients. Hopefully, the results of ongoing clinical trials will make Hip Resurfacing a good option for a greater number of patients.

If you have any general questions or would like to make an appointment, please get in touch with us on any of the following:

Please get in touch